Development of Community Foundations in Romania

We sometimes go back to our childhoods in the most surprising ways. As a child, Ștefan Cibian used to visit his grandparents in Făgăraș. Years later, after having studied and worked abroad, he came back to the little town with the belief that he could give something back and with a dream to lend a hand to the growth of a community he deeply cared about.

In March 2013, he discussed with Oana Mitea the possibility of creating a community foundation in Făgăraș. She loved the idea, but did not understand very well how it would work.  “It all sounded exciting, but I needed to know more”.  Ștefan facilitated a work visit to Asociația pentru Relații Comunitare (ARC) in Cluj, where they were introduced to the world of community foundations – these dynamic entities that help communities organize and find local resources to address a local problem. The four participants in this visit came back with a mission to create a community foundation that would serve the people living in the former Făgăraș County. “It was March 2013. We came back from Cluj knowing we had to raise 37,500 lei by May. In our little town, fundraising was a relatively new concept – if people made donations, they went to the church or the school prom.  There was no such thing as raising funds for a cause or to address a community problem”, recalls Oana Mitea. ”We knew that the people in Făgăraș had an acute need for cultural events, and we saw this as an opportunity to give them something they would appreciate, while getting them involved.”

To make this happen, the 13 founding members, together with 20 people from local action groups started to call everyone: friends, family members, neighbors, businesses. They reconnected with childhood friends who, even if living elsewhere, wanted to help by volunteering in organizing the events, donating, or liaising with potential sponsors or individual donors. 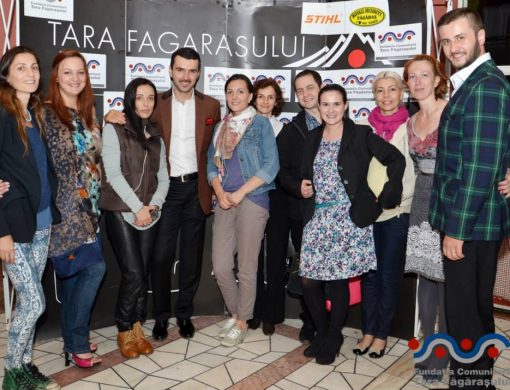 ”I don’t know how, but we pulled through. We put together three events: we invited Răzvan Suma to play his violin at our Community Gala, we organized an unconventional recital with tenor Vlad Miriță in the railway station, and we hosted a concert in a club. With the support of 120 individual donors and seven local companies, we raised over 40,000 lei, a little more than the required 37,500 that was matched by ARC. Thus, we had the necessary funds to proceed with the formalities of setting up the Țara Făgărașului community foundation”, explains Oana.

Once they had the organization registered, they started to design a work plan. It was a time of calculations, projections and figuring out the next steps. As they advanced, it became more and more obvious that this was a full-time endeavor that required hired staff, a strategy, and a constant pool of supporters. Oana Mitea decided to stay on as the foundation’s Executive Director. The elected board of directors provided guidance and support. In the fall of that year, they launched the foundation’s first two programs: Youth Bank and a scholarship fund. 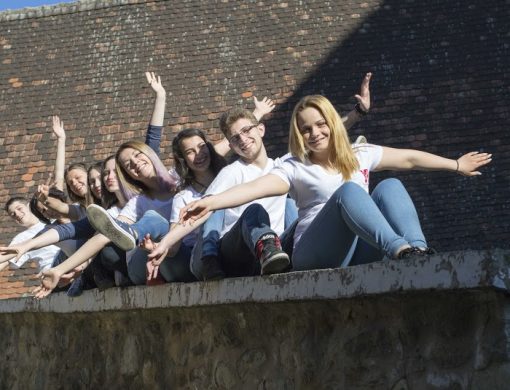 Oana recalls how in the beginning they put a lot of time and effort into building a sound relationship with their donors: “We needed to gain their trust, to prove that we use the funds responsibly and account for it transparently. It was something they were not acquainted to – following-up on your donation, seeing how it makes a difference. We keep our supporters informed, we send them reports, and we incorporate their feedback. In the long run, this weighs a lot. At the same time, we had to strengthen our relationship with the community. We had to capitalize on this initial energy, which is very volatile if left latent. We were everywhere, at each and every public event, whether or not it was related to our scope of work. We wanted to send a message that we care, we’re there for the community and we want to be involved. We just had to be there!”

Things settled down and the team, together with the board of directors, reached the turning point of beginning to design a strategy for the foundation. They identified seven strategic directions for the organization – from education, entrepreneurship, culture, health, arts & sport to rural development and social inclusion.

Oana and her team are currently managing a wide portfolio of programs, such as the Donors Circle, YouthBank, Bikeathon, Științescu and other funds that support projects such as after-school programs in rural areas, scholarships for children and youth, and the development of civic journalism). 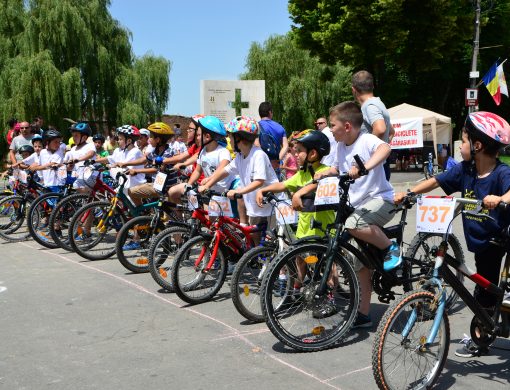 Fondul Științescu had been on their radar for some time. Oana had followed the developments throughout the pilot phase of the program, and had shared her enthusiasm with a friend who is a researcher in France. Together they thought of options for bringing Fondul Științescu to Făgăraș. They already had connections in schools, and these connections confirmed that such a program would be well-received.

In 2016, they successfully applied to Fondul Științescu. “We toured the schools in Făgăraș, Rupea, Victoria, as well as in the communes. We kept a constant dialogue with teachers, both during the guidelines development and selection phase. Our network came together and, from wherever they were – France, Massachusetts Institute of Technology, Italy, different corners of Romania – they lent a hand as mentors, jury members, scientific consultants, donors, or advocates”, explains Oana. 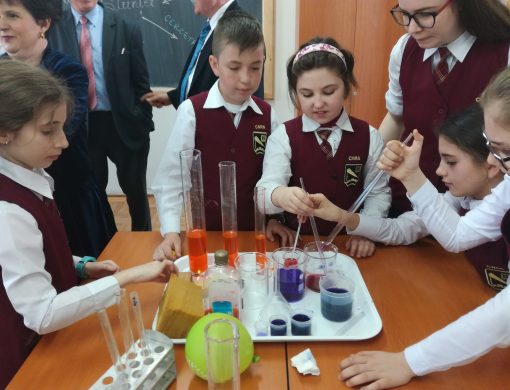 They designed and promoted the program together with a group of high school students, and collaborated with professionals in the STEM area (academics and entrepreneurs) to adapt it to the local specifics. They received 24 project proposals (from teachers, students and NGOs) from both rural and urban localities, promoting the teacher-student collaboration, the inter-connectedness between the different STEM areas, and the ties between the urban and the rural environments, particularly in Făgăraș. With a total budget raised of 84,000 lei, they funded 10 projects on IT, physics, chemistry, biology, restoration, and arts and technology.

”Things are coming together nicely. Most sponsors are entrepreneurs, and some of them are recurrent supporters. About 20% of them are from Făgăraș. We’re happy that our community is directly involved in its own development. It’s a long process, but if there’s one thing I’ve learned from this experience, it is that change doesn’t happen in one year, as I had imagined. It takes time and patience”, reflects Oana. “We’re already looking towards the future. Our big dream is to raise the necessary funds for the foundation’s endowment, and we hope to achieve that in the next five years”.