Sowing the Seeds for Romania’s Next Generation of Farmers

Agricultural high schools – educating the next generation of farmers

Sorana Stănescu is passionate about explaining the world we live in, through in-depth stories and live storytelling events. She follows education reform and the people who work to make it happen. Sorana documented the first year of the Teach for Romania Program, and coordinated #EduDoR, an online section for DoR magazine, covering the Romanian educational system.

Romania left its agricultural and technical high schools to die, yet it’s nostalgic of the times when it used to be Europe’s number one grain provider, and dreams of being one again. A RAF- supported program, implemented by a consortium of five NGOs, provides a successful working model that could turn agricultural high schools into resourceful educational hubs through a mix of study visits, capacity building sessions and connections with the agri-companies in the local community.

Over 60 teachers and 900 students in the eight participating high schools were directly involved in the “Agricultural High Schools – Local Hubs for Small and Medium-sized Farms” program, now entering its fourth year and evolved to the second stage.

The five organizations are: World Vision (responsible for setting up practice experience models for students and for teaching the high schools to promote themselves), Junior Achievement Romania – JAR (running entrepreneurial education programs among teachers and business competitions among students), Civitas (coordinating study visits at relevant agribusinesses, for students to learn the value chain), CEED Romania (training the teachers to step outside the classroom, assess needs, write grant applications and become relevant actors in the community), and Romanian Center for European Policies – CRPE (responsible for the research and advocacy component of the program).

Despite the general lack of interest in agriculture from some of its major stakeholders, RAF is confident that agriculture is where plenty of opportunities lie, and that technical education is a safe and smart choice for the future. 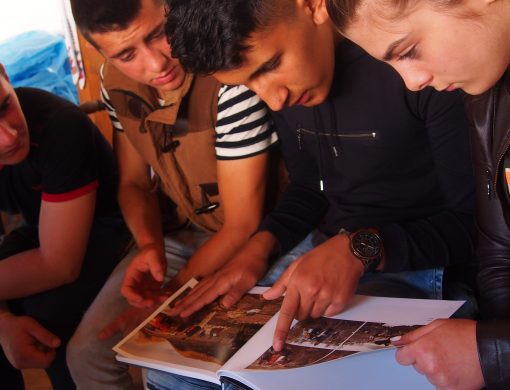 Currently, this is how things stand: although agriculture is strategically important for Romania’s development, providing 7% of the GDP and containing 30% of the active workforce, the small farmers’ productivity (which makes up the majority of the workforce) is 30% lower than the EU average. And only one in five agricultural workers has graduated from some form of agricultural education.

Research shows that by 2025 Romania will have eight times more jobs available in agriculture, forestry and fishing, than the EU average. The question no one seems to be able to answer is, who will take those jobs, as the industry is already struggling to find qualified workers. The reason is a mix of the poor understanding of what 21st century agriculture looks like and the severe decline of agricultural education, which makes programs like RAF’s crucial.

Dacian Bora, 18, now in his final year at the Technological High School in Salonta, North-Western Romania, plans to become an accountant and start his own business someday, after twice winning the Company of the Year competition, organized by JAR. He was in 10th grade when it was brought to their high school and Dacian’s team of six shared the first prize (USD 1,500 each) with a team from “Mihail Kogalniceanu” Agricultural High School in Miroslava. Dacian’s team bought 100 quails and sold the eggs. The next year he insisted on replacing the quails with hens and that turned out to be a safe bet, as the price of hen eggs, already higher than that of quails’, went up even more. 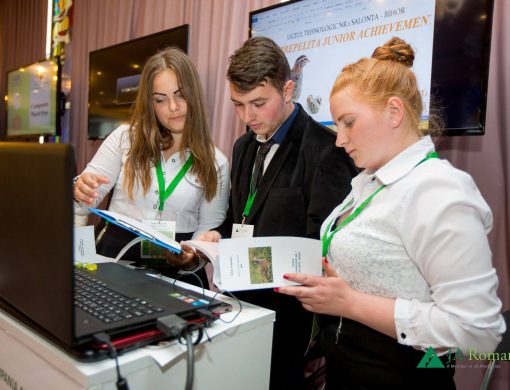 Dacian is very proud of the consecutive wins and says the competition taught him he could do anything he set his mind to. “There are no limits, as long as I work as hard as I can for my dreams.”

Some of his other colleagues, also taking part in the competition in 2017, planted 200 fruit trees on the school farm (the first ones will bear fruit in two-three years). The year before, a different team planted herbs: basil, oregano, arugula, in a 40 square meter greenhouse they built from scratch on the school grounds. They sold the plants fresh to local restaurants, and reinvested the money into the small business they now run themselves.

16-year-old Alexandra Somyai, who was part of the team, remembers it all started due to her class tutor, who took time after classes to teach them basic entrepreneurial skills. Now Alexandra plans to study Economic Science at university and start a small agri-business on the side.

“Before this competition, I never ever imagined myself working in agriculture,” Dacian also says. He even convinced his family to give it try – his parents are both unskilled workers and own five hectares of land they never used. Now they are trying to apply for EUR 15,000 in EU funds, to produce pumpkin seeds – Dacian saw there’s demand for them in nearby Hungary. 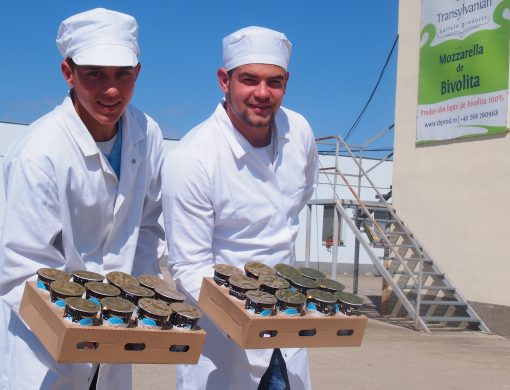 The idea behind the entrepreneurial branch of the program is to enable the students and the teachers to not only develop business ideas on paper, but to actually test their ideas by making and selling relevant, competitive products for the market. “And that significantly changes both the individuals and the high schools,” says Victor Dumitrache, from JAR, responsible for the entrepreneurial component of the project. The way JAR works is that they train high school teachers on entrepreneurship, then encourage them to start optional entrepreneurship classes in their schools. Volunteer experts and entrepreneurs, also trained by JAR, are also invited to lecture in the respective classes.

On top of that, teachers in technical high schools face an extra challenge: they need to improve the poor educational background of students and get them to pass the Baccalaureate (end of high school-exam). Too often they have to teach 9th grade students the multiplication table, Timu, a Math teacher, says. Yet somehow in Miroslava they manage to get very close to the national Baccalaureate graduation rate and to teach the students entrepreneurial skills and how to make successful business plans. 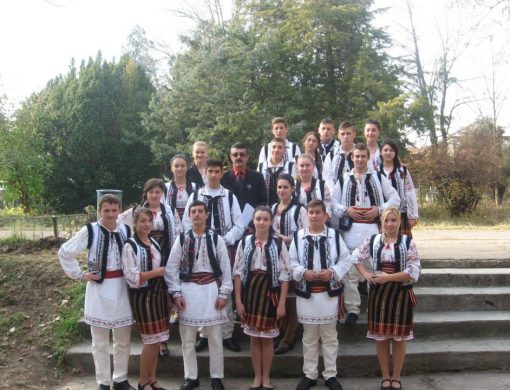 Even though it’s located in one of the wealthiest communes in the country, that quadrupled its population in the last years, and although it’s the oldest agricultural high school in the country (going back to 1831), with rich domain and facilities, Miroslava high school was also close to shutting its doors, Timu says, had it not been for this program and the support they got from the local city council. “The program was a breath of fresh air and an open window for us all.”

Although he’s always had an entrepreneurial spirit and is used to fighting for funds and watching out for the latest educational opportunities, there are things he cannot change by himself. Now the school has 380 students and is contacted by different companies and organizations, such as the National Association of Fish Producers, in desperate need of skilled technicians to hire. 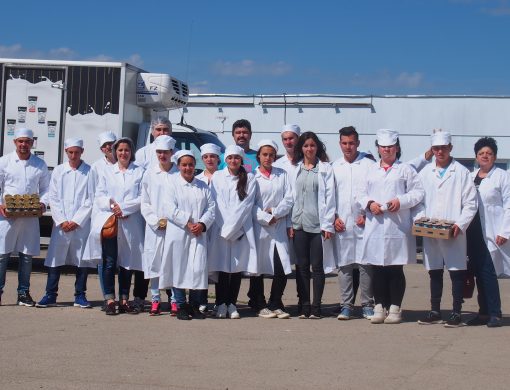 In the last two years, the students’ company in Miroslava focused on producing cold pressed sunflower oil and chili pepper jam (that got them the first prize in 2016, alongside Salonta), which they use in the school’s canteen or sell at agro fairs.

Some things are starting to change, Adrian Szatmari, principal of the Technical High School in Salonta, also says. Thanks to the RAF-supported program, the visibility the high school received and the methods the teachers learned to promote their classes, 2018 will be the first time in 28 years that they will organize an admission exam for the Mechanics class, as the demand is higher than the places available. (The high school now has around 600 students, compared to more than 2,500, before 1990.)

The program has managed to change the teachers’ and the students’ mindset and attitude, everybody involved says. They no longer feel demotivated and disrespected, as they focus on the opportunities to learn and grow together, while the interest from the agribusinesses for their work is also on the rise.