Ida Schmertz was the first Chair of the Romanian-American Foundation’s board of trustees, between 2009 – 2012. In October 2018 Ida retired from the RAF Board after 24 years of pro bono services in Romania.

One fall afternoon, after a long walk across Bucharest, Ida sat with Andreea Rosca and talked about RAF’s beginning and how she sees the Foundation now, about philanthropy and those values and principles that are requirements for democracy.

Ida Schmertz is an accomplished businesswoman, public policy analyst and philanthropist. As former senior vice president of corporate affairs for the American Express Company, she also managed the company’s philanthropic program, disbursing tens of millions of dollars to meet critical needs worldwide. Ms. Schmertz was also founding director of the Center for the American Woman and Politics at the Eagleton Institute of Politics at Rutgers University, and was founder and chair of the board of directors of OOO Micro-leasing in St. Petersburg and of the Volkhov International Business Incubator and Training Center, the first non-profit incubator in Russia. Ms. Schmertz served as a director of the Romanian-American Investment Foundation, appointed by President Clinton, honorary director of the Women’s Economic Roundtable and is a former director of Prudential Financial, Inc. 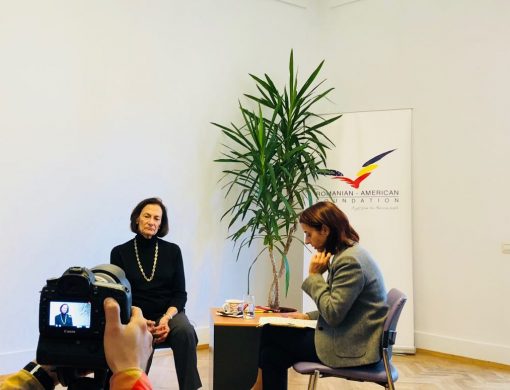