28 Nov 2016
Roxana Vitan and Suzana Dobre talked to journalist Raluca Ion about change, challenges, patience, resilience, and the people who chose to begin the Physics curriculum reform with themselves.

Five years ago, Romania was one community poorer. It lacked the community of teachers Teaching Physics Differently, opening students’ eyes towards the world around them and channeling their minds towards reasoning processes that develop their thinking ability. About 1,500 people, representing 25% of the Physics teachers in the country, go to class with this mission and the knowledge to carry it through. None of them is alone anymore, because they belong to a professional body which, beyond support, feedback, or training, offers something invaluable: the feeling that their work is appreciated and that it matters. The program Teaching Physics Differently, implemented by Centrul de Evaluare și Analize Educaționale, with support from the Romanian-American Foundation, generated a change in the way sciences are taught in school.

“It was a goal we resonated with. Children must be given, early in their lives, a chance to get acquainted with science and mathematics in a way that makes them hungry for more, so that little by little they grow to want to learn, to develop logical thinking, and the way the relate to the world, to build a career”, says Roxana Vitan, the Romanian-American Foundation President, explaining why the organization she leads decided to support this project. 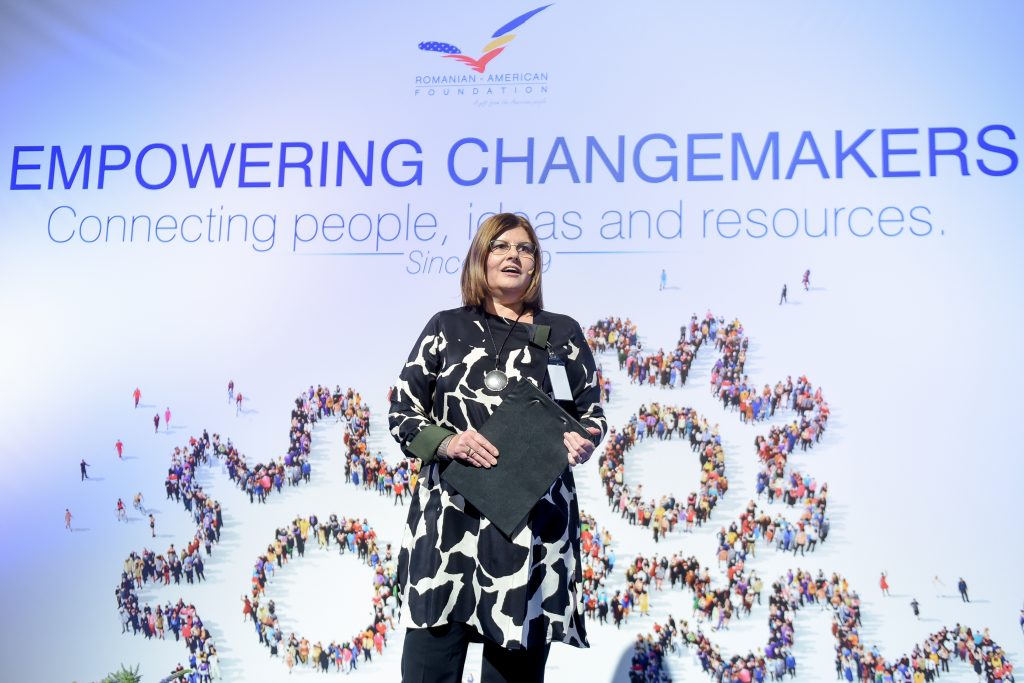 Education is only one of the areas we, Romanians, consider to be in need of major change. If you want to generate pivotal, long-term change, where should you start? For the Romanian-American Foundation, an organization supporting projects, ideas, and organizations with substantial impact in communities, the starting point is always an image. A picture of what you want the future to look like. “We use a working method calls Change Theory. This process entails projecting yourself in the future, imagining what you would like to see there, and then figuring out the logical steps back, the activities and actions that could get you there. You will never have the right answer, but – by following this theory – you begin testing the steps, and slowly you can adjust the trajectory”, says Roxana Vitan. Put into practice, the theory of change means countless steps that need to be taken, the ability to learn from each one of these steps, each time , patiently and passionately. “To be obstinate enough to go back to the initial plan, each time things don’t go as planned, and adjust the entire intervention, you need passion and a lot of determination. These two attributes are in a way the keys used in selecting our partners. Without them possessing these qualities, we couldn’t work together towards the change we all want”, believes the RAF President.

“Without a critical mass of people lending a hand to change, that change has no real chance of happening.”

Suzana Dobre, RAF Education Programs Director, says that, when assessing a certain project, the common denominator we look for is its potential. “What is the long-term potential of that organization and of that idea? To what extent the idea drafted into an initial plan can lead to a significant contribution in society in the long run? What is the organization’s potential to keep the banner raised long enough for change to take place? When we look at an organization’s potential, we assess different aspects: the institutional structure, the way teams work, what their areas of expertise and competences are. Beyond motivation and profound interest, we assess their capacity to attract more supporters. You cannot produce important change alone. Even us, RAF, cannot succeed without partners; partners cannot work without supporters, and I’m not referring only to financial support. Without a critical mass of people lending a hand to change, that change has no real chance of happening. It would be nothing more than a fire that burns, producing more smoke than heat.”, Suzana Dobre explains. Another indicator RAF considers when choosing to fund an organization is its capacity to learn. Mistakes, she thinks, are normal and nobody can foresee exactly what happens after each step. What matters is being able to draw the right conclusions after each scenario that doesn’t go as planned.

The capacity to learn from one’s mistakes, essential in the growth process

Progress is difficult to measure in a long-term process. “We try to look at things with an open mind, knowing that it is difficult to measure them, and trying to collect as much relevant information as possible. If we look at the effects a learning process has on children, we can adopt a quantitative approach, with rigorous, well-thought tests for the group using a new teaching method, in parallel with a control group. But there is also another type of monitoring, done by the teacher in the classroom. Teachers can observe how involved the children were, which children participated, if they are the children who are always active, or if some of the passive children, who were just looking forward for the end of the class, got involved, too.”, says Suzana Dobre. 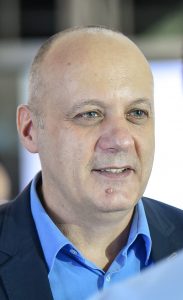 People, the infrastructure for change

Substantial change, that transforms communities, takes decades to happen. Only then you can say you succeeded. But there are a lot of intermediary stages when it is obvious that things move forward. And what matters even more are the people. “There are people who were able to nurture an idea and got to see it grow and blossom. There are the communities that did not exist before. In the case of the Physics Taught Differently program you look back a number of years, not that many, and you see that this vibrant community, these passionate people who are building their own ideas and their own future, did not exist. But there has to be a moment when people come to realize that on their own they are just islands. Even if it seems impossible at first; even if it seems that it’s up to others – be it the ministry, the Government, the Academia, or anyone else – to deal with it, because we can’t”, says Roxana Vitan. “People coming together around a generous goal, communities made of individuals who come out of their comfort zone and join forces for the common good are the infrastructure that, in time, leads to change. And this is one of those big changes that has the great chance to grow roots.”